Ash has met many feisty female companions throughout his adventures, with simply a select group standing out because the most memorable Pokemon Trainer ladies. As Ash travels through all the different Regions, the charismatic trainer and his partner, Pikachu, can't help but collect friends in addition to Pokemon along the way.

It is without a doubt beneficial to then add femininity towards the group, and Ash meets some memorable companions that teach him this is of girl power. With a minumum of one female protagonist in every series, some fan favorites might have been forgotten with time – so here's a recap of Ash's best gal pals. 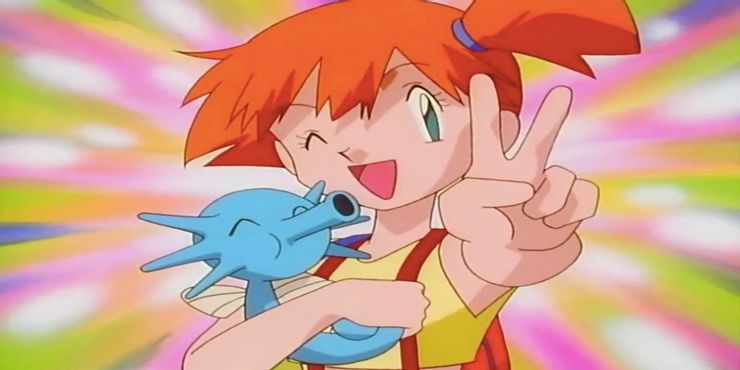 Ash's iconic female sidekick from the Johto Saga is available in the form of the tom-boyish redhead, Misty. The feisty water-type trainer comes from the Cerulean Gym, and she or he includes a huge phobia for most bug-type Pokemon in addition to, ironically, Gyarados. As the story goes, young Misty were able to crawl right into a Garydos' mouth when she only agreed to be a baby, leaving her terrified of probably the most powerful water types.

However, after overcoming her fears and capturing a Garydos of her very own, Misty becomes the very first female trainer to appear using a Mega Evolution. After much suspicion, Misty finally confirms her feeling for Ash in The Power of One movie, but sadly their partnership wasn't explored further. After being the only female character to last several Generation, she parts ways with Ash and Brock to become listed on her sisters and fulfill her duties as the Cerulean City Gym Leader.

May: Pokemon Ruby and Sapphire 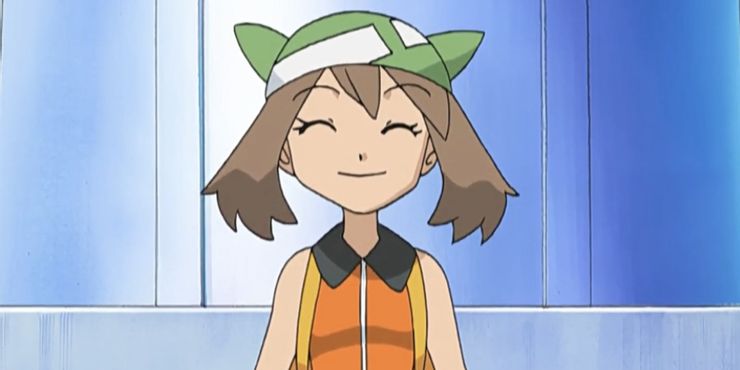 Ash and Pikachu's travels still Hoenn, where they befriend May and Max, the kids of Petalburg City Gym Leader, Norman. May has an intensely competitive streak, trying to win every Pokemon Contest possible – earning herself fourteen Ribbons (and counting) and the semi-finalist ranking (Kanto Grand Festival) along the way.

May broke stereotypes by becoming the very first female trainer viewers witness catch a bug-type Pokemon, the adorable Wurmple being her lucky choice. May became one of the few trainers lucky enough to form a friendship having a Mythical Pokemon after she raised Manaphy, the "Prince of the Sea" from an egg. 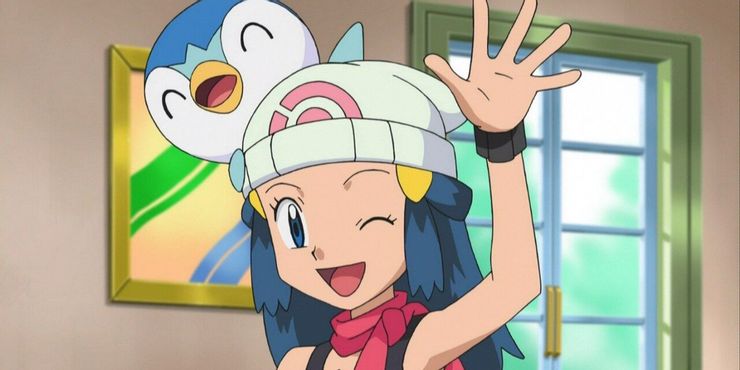 This Twinleaf Town resident makes a stellar first impression in Diamond and Pearl after helping a stolen Pikachu reunite using its owner and finding an incredibly grateful Ash along the way. Dawn is an aspiring Pokemon Coordinator who, like May, is seriously involved in Contests and raises her Pokemon with specialized diets to improve their chances when competing.

Regularly seen with Pinlup at her side, Dawn went on to win the Wallace Cup and also the Hearthome Collection Contest, among other high-ranking awards. Her spunky character made probably the most re-appearances of Ash's friends – making appearances in a further 17 episodes after parting ways using the young trainer. 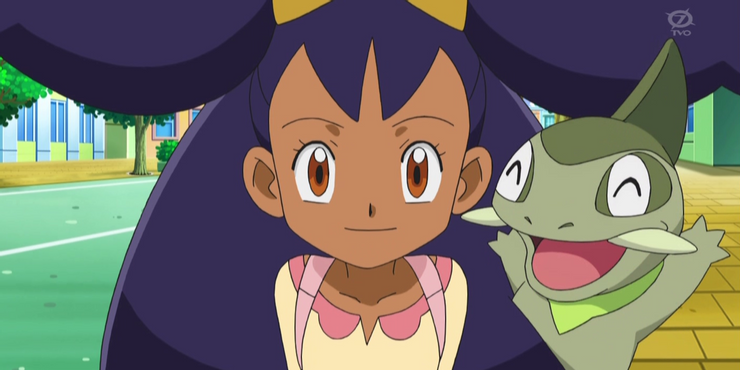 The epitome of girl power, this Opelucid City's Gym Leader has an all-female Pokemon crew and first meets Ash and also the gang within the Unova region. Iris aspires to become Dragon Master, and she or he has had a detailed bond with Drilbur since saving the Pokemon's life many years ago.

Her partner, Axew, enjoys traveling in the wild child's hair, supporting Iris as she becomes the very first female to earn the regional Champion status. Associated with pension transfer from the other girls, Iris includes a crippling fear, however this time for Ice-type Pokemon – whose attacks are 'super effective' against her favorite dragon types. 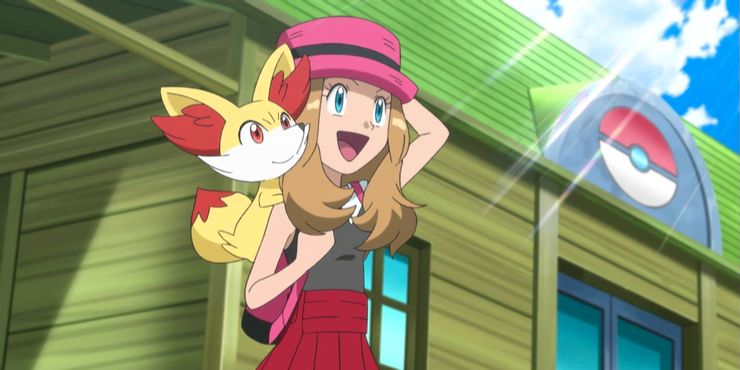 The Pokemon Performer, Selena, is really a good friend of Professor Sycamore, and she or he first meets Ash in Lumiose City. A Pokemon Performer is a relatively female-dominated occupation which involves raising Pokemon and training them in performance arts (usually dance) in an attempt to earn the title of Kalos' Queen.

Serena and also to be openly smitten with Ash and it is the only real character to possess known him from his early childhood (prior to the Johto Saga). She has a tendency to favor fire-type Pokemon, having chosen Fennekin as her starter, but sadly, is the just one of Ash's main gal pals not to create a re-appearance on the show. 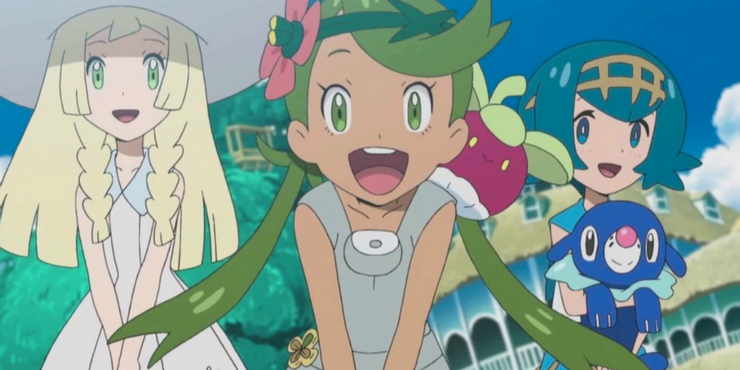 The Sun and Moon series has a twist, as there is not one definitive female protagonist but three. Mallow is a grass-type trainer having a passion for cooking, being employed as a chef on her family's restaurant when she's not training Pokemon that is. Ironically, Mallow is the first lady in Pokemon history to be responsible for preparing food.

Lillie's character explores the most popular theme of Pokemon phobia shared by a number of ladies, yet her fears will be to the ultimate, leaving Lillie incapable of touching any type of Pokemon for many of the season. Among the most knowledgeable trainers, Lillie shares her valuable wisdom about Melemele Island and its Pokemon with Ash. Lana, however, is similar to Misty, having a deep passion for water Pokemon – although Eevee (nicknamed Sandy) was her chosen starter Pokemon. Lana represented women well, as the first female trainer to officially use a Z-Move. 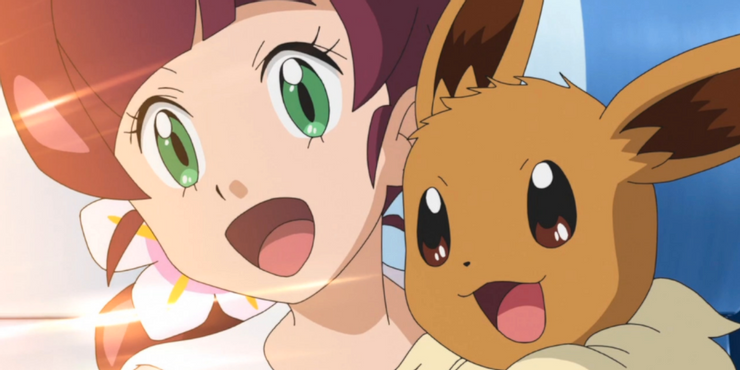 Professor Cerise's daughter, Chloe, is among Goh's childhood friends who discovered her desire for Pokemon training relatively late in life. Chloe includes a short temper and does not show much empathy – when she first finds Ash, electrocuted and lying on the floor, she results in, uninterested in offering any assistance. She initially had a strained relationship with your family pet, Yamper, (and all Pokemon generally) but eventually learns to like him after the electric-type saved Chloe from a wild Gengar.

The new Pokemon trainer quickly joins the Eevee club along with May, Serena, and Lana after successfully hatching the foxy Pokemon from an egg. Chloe requires a while to warm up to Ash but quickly befriends Dawn after discovering that they share a love for cooking. 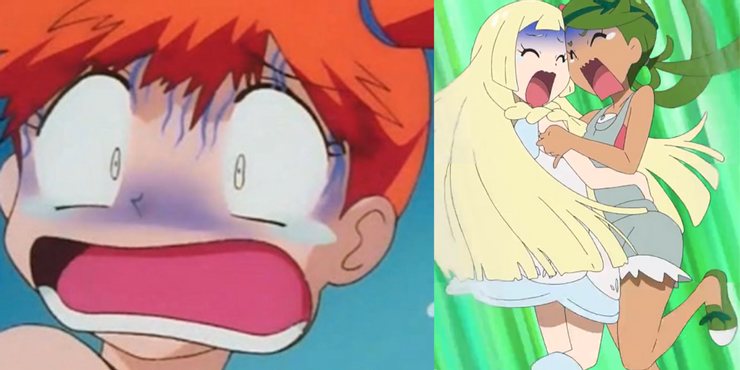 Some fans commend the Pokemon creative team for generally shying from gender stereotypes, there appears to be a commonality of fear among the majority of the female trainers. While phobias are legitimate problems that can cripple a person's development and really should be discussed, how come the feminine characters the only ones to suffer?

As powerful and independent as most of the woman trainers are, there's still a strong "damsel in distress" trope that runs with the series. Maybe a few of the boys should be burdened with a phobia or weakness (apart from their inflated egos) to even out the arena a bit.